Injection Lipolysis Before & After Pictures 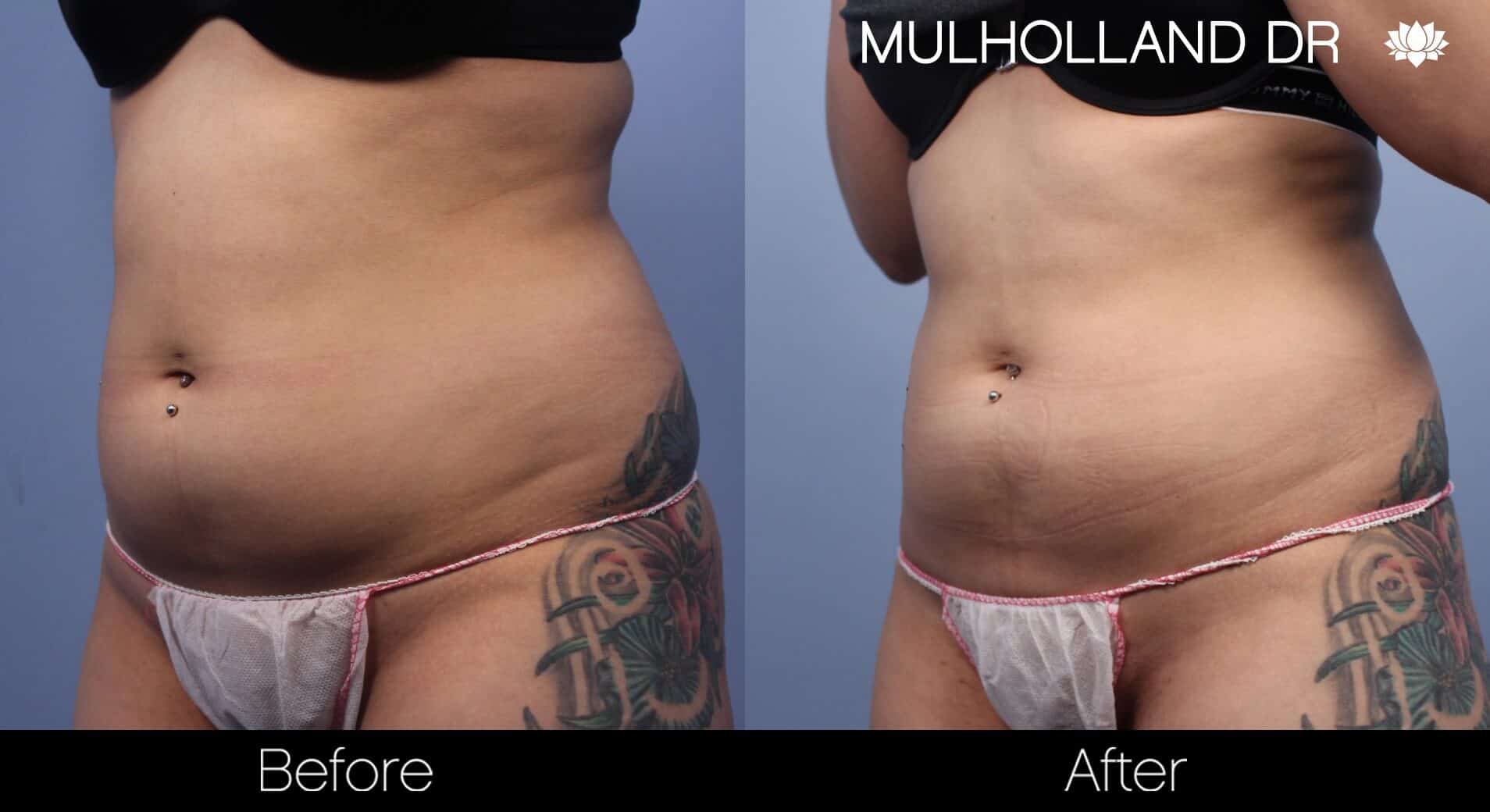 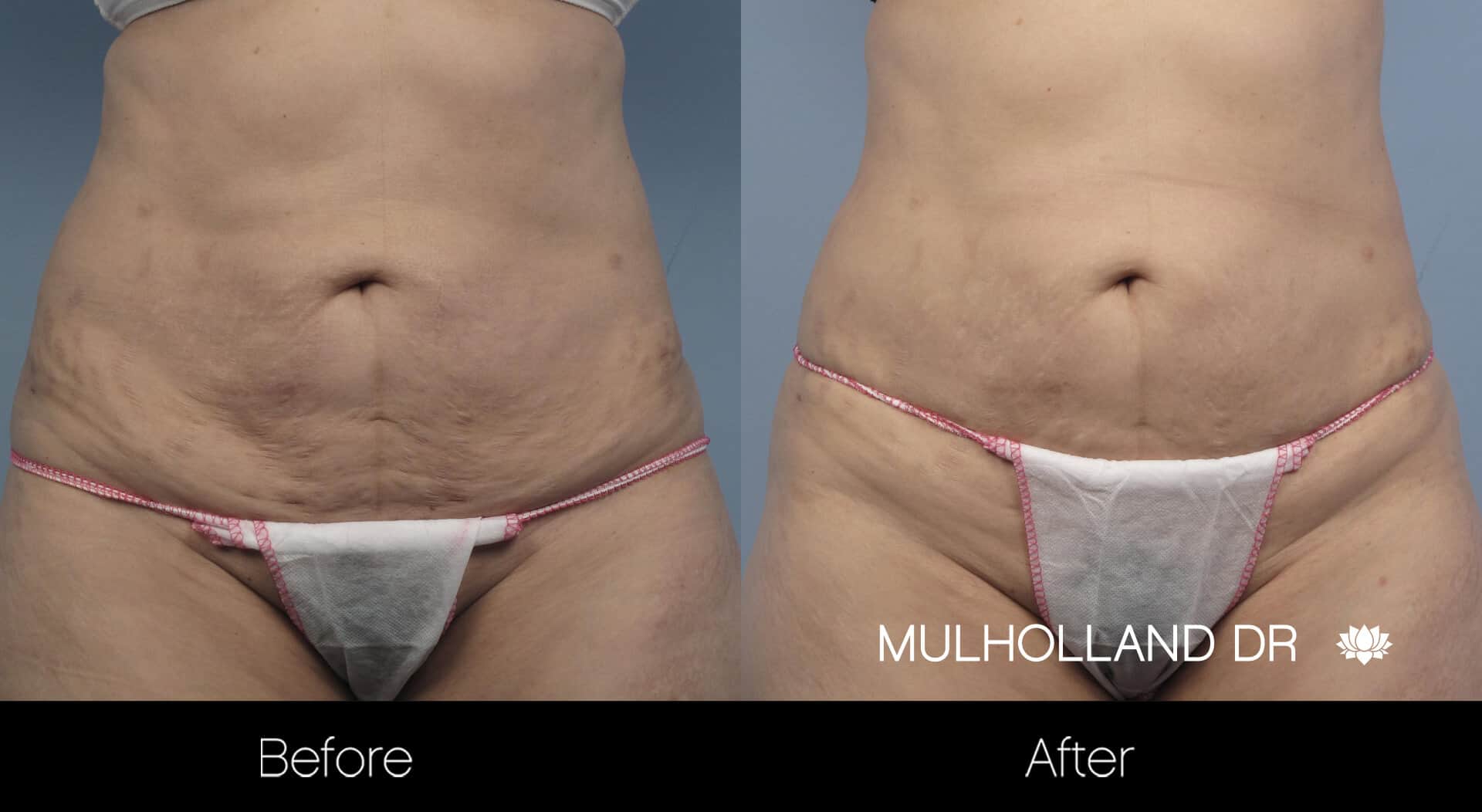 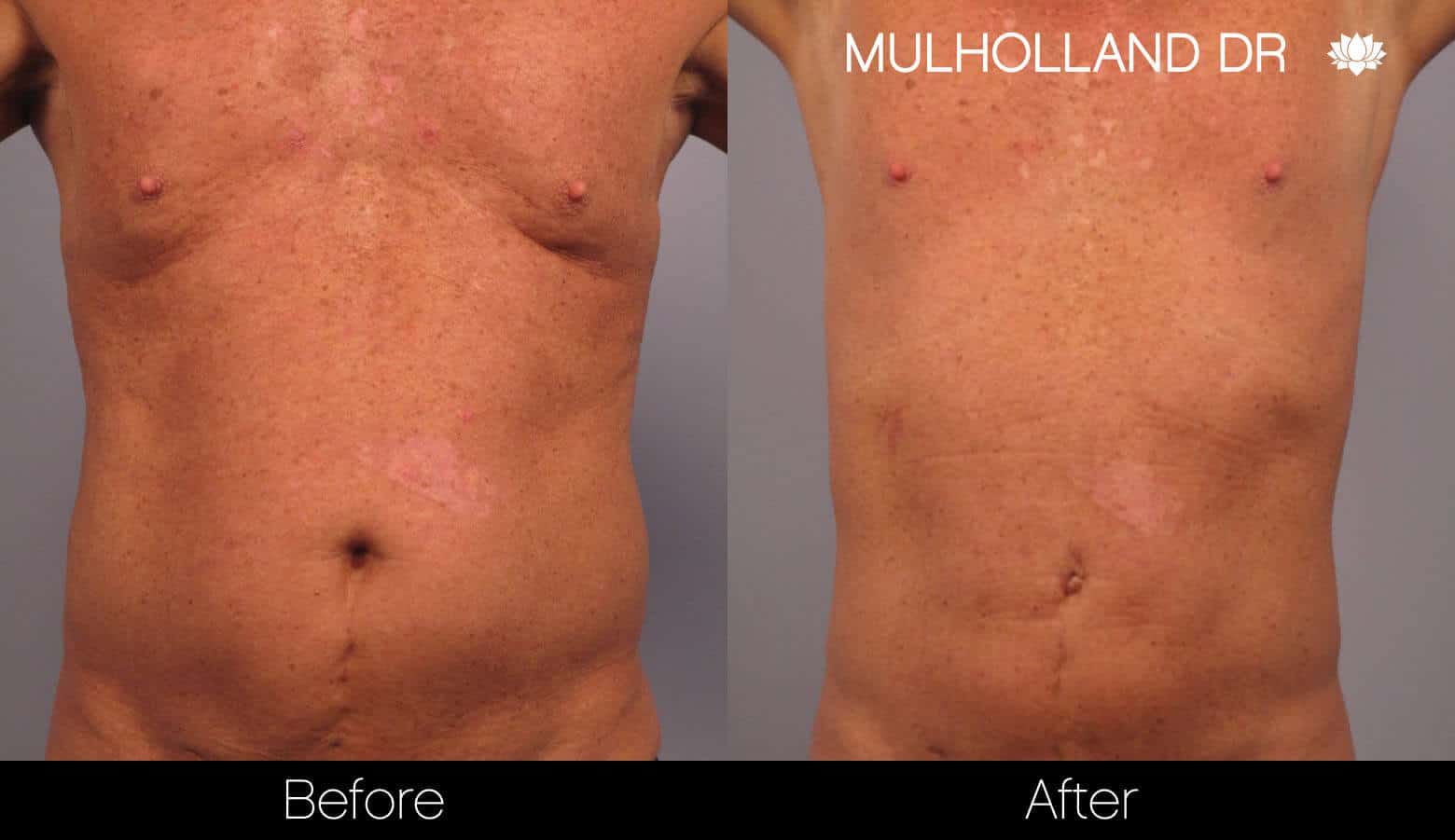 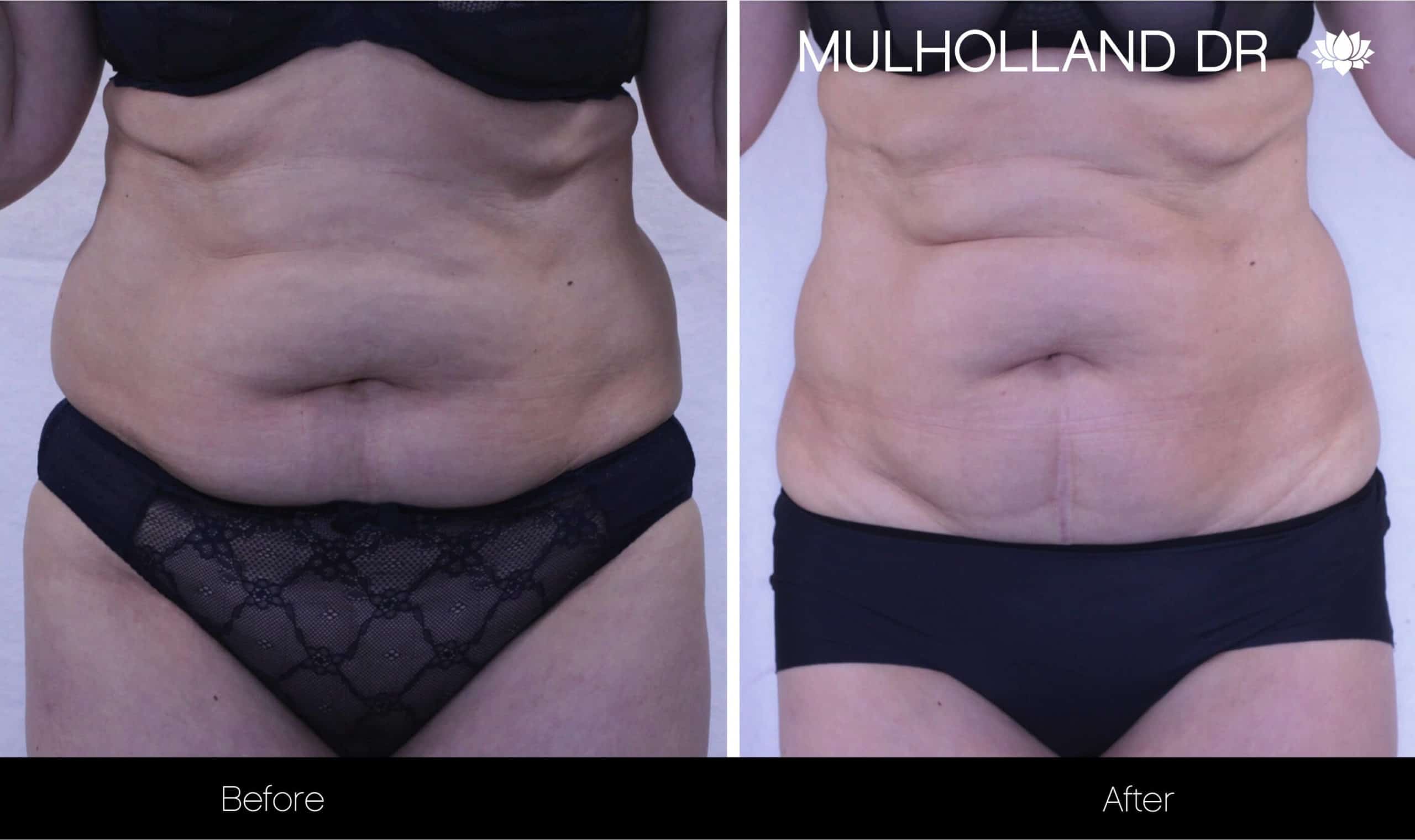 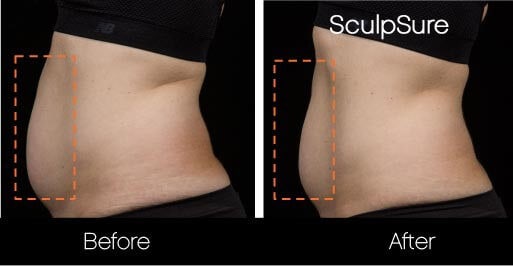 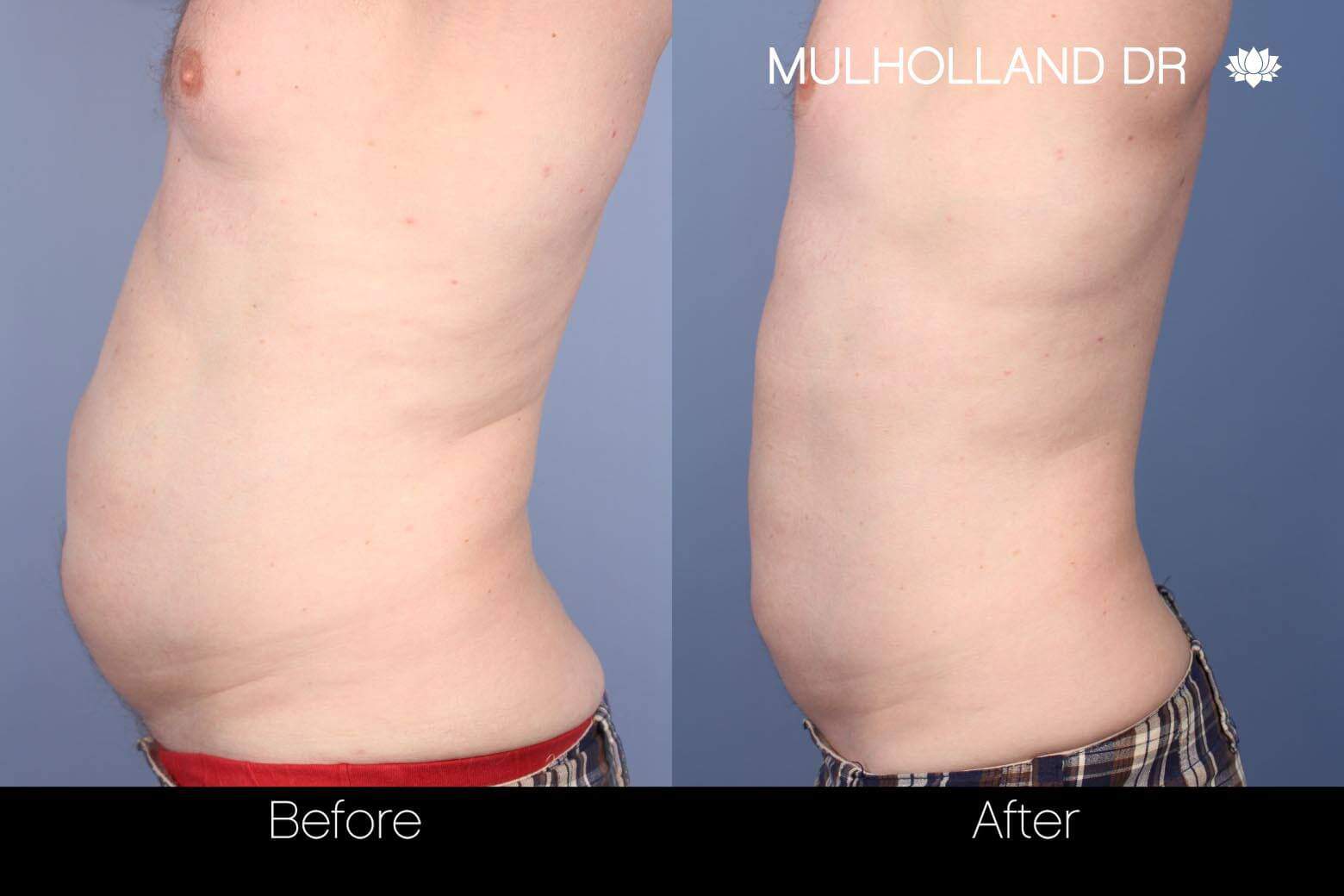 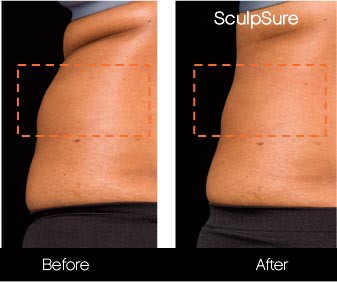 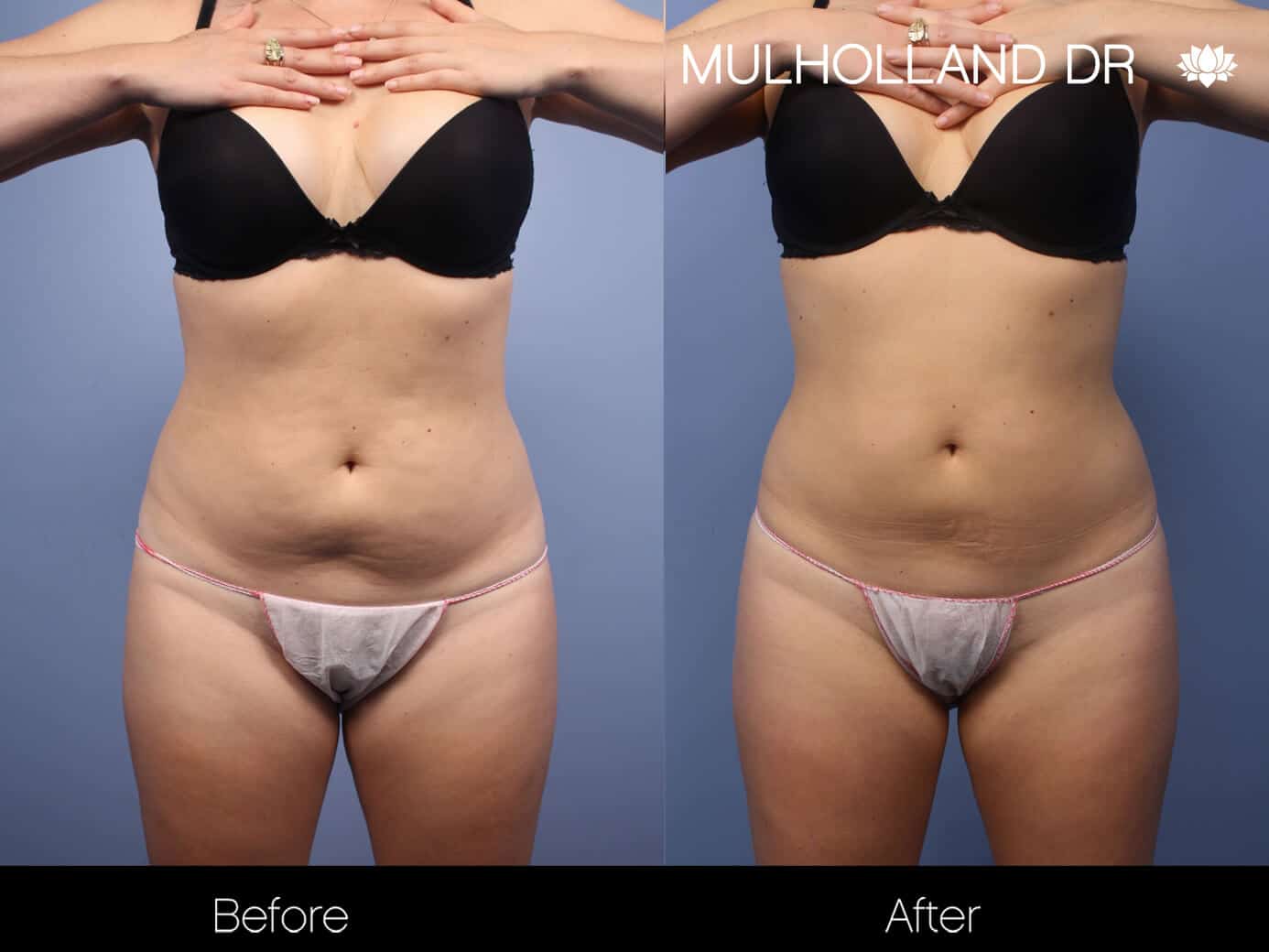 *Please note some of these images may include a combination of different procedures to achieve the best results. Individual results may vary and these before and after photo galleries are not intended to represent or guarantee that anyone undergoing such procedures will achieve the same or similar results.
Pricing
Starts at $999/zone
Procedure Time
1 hour/area
Recovery Time
Immediate 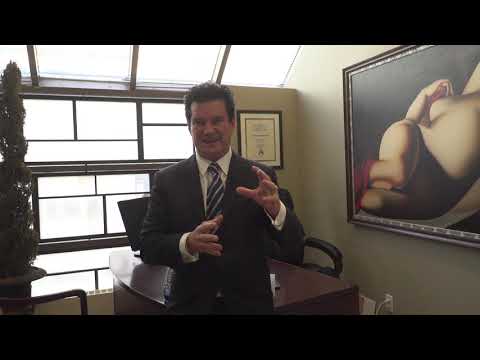 How much does an Injection Lipolysis cost?

While the cost of an Injection Lipolysis varies according to the amount of fat that the patient would like to remove, in general, pricing starts at $999 per zone.

However, please note that SpaMedica specializes in combining treatments with fat reduction technologies such as CoolSculpting, SculpSure, Evolve Trim, Vanquish, Liposonix, UltraShape, and BodyFX. As such, patients can opt to undergo a complete Injection Lipolysis treatment program for less than $2,000 per zone, which represents one-third of the price of a traditional liposuction procedure.

How long does it take to recover from an Injection Lipolysis?

How long does an Injection Lipolysis take?

What is an Injection Lipolysis?

An Injection Lipolysis is a non-surgical treatment that destroys fat cells and reduces the thickness of the adipose tissue at the site of the injection. In essence, the treatment involves injecting a chemical substance, called Deoxycholate, that eliminates unwanted collections of localized fat. Common treatment zones include the abdomen, hips, and thighs.

Who is a Candidate for an Injection Lipolysis?

In truth, there is no particular age restriction for an Injection Lipolysis, and there is no specific trait that defines a “good” candidate. Fundamentally, good candidates are patients who want to improve their self-worth and confidence by removing unwanted fat in a non-invasive way.

While there are no specific traits that dictate candidacy, there are certain conditions that can make the process more seamless. For example, good health and a lack of serious medical conditions are vital for a proper recovery following an Injection Lipolysis. For patients who are looking for more extensive work regarding their fat deposits, SpaMedica recommends selecting a more thorough liposuction procedure. In addition, as is the case with most cosmetic procedures, good Injection Lipolysis candidates have realistic expectations concerning the risks and benefits of the surgery.

Finally, please note that the procedure is not recommended for patients who may be pregnant, or who have any localized areas of infection, inflammation, or skin cancer.

Predictable Results
The state-of-the-art technology involved in an Injection Lipolysis makes it easy to predict the results of the procedure.

Minimally Invasive
As the fat deposits are broken down using a specific injection formula, the procedure merely requires a very minor incision.

Durable Results
If your weight does not fluctuate much following the procedure, the results of an Injection Lipolysis can last for the rest of your life.

Mild Discomfort
You may experience a low level of discomfort following Injection Lipolysis. This discomfort is often compared to a mild sunburn and should subside in the hours or days after the treatment.

Swelling
In some cases, the procedure can result in swelling. However, this swelling should subside in the days following the procedure.

Bruising
In rare cases, the procedure may result in bruising that can last several days.

Redness
Like these other potential risks, any redness should diminish not long after the procedure.

Why Choose SpaMedica for an Injection Lipolysis?

Dr. Mulholland and the other physicians at SpaMedica have been pioneers in the development of nonsurgical liposuction technology, including Injection Lipolysis, CoolSculpting, SculpSure, Evolve Trim, Vanquish, Liposonix, UltraShape, and BodyFX, Vela Smooth, VelaShape, Venus Freeze, SmoothShapes, and many others. By seeking treatment at SpaMedica, you’ll get more than just a world-class individualized approach; you’ll also receive the best fat reduction technology on the market, which will, in turn, produce the best possible body contouring results.

Devices that successfully and permanently destroy fat have taken over large zone non-surgical management of fat. Technologies like CoolSculpting, SculpSure, Evolve Trim, Vanquish, Liposonix, UltraShape, and BodyFX are more efficient than Deoxycholate lipolysis injections, which are better for smaller zones.

How is an Injection Lipolysis Performed by Dr. Mulholland?

At SpaMedica, an Injection Lipolysis is performed by mixing local anesthesia with the injection formula, thereby eliminating any pain and discomfort. During the procedure, Dr. Mulholland will inject a lipolytic agent, deoxycholate directly into the fat. This agent is a specially-compounded chemical that will liquefy the fat cells. The lipolytic agent will destroy the adipose tissue and fat cells, resulting in significant fat reduction. Should patients also wish to achieve body contour improvement, they can combine their Injection Lipolysis with technologies such as CoolSculpting, SculpSure, Evolve Trim, Vanquish, Liposonix, UltraShape, and BodyFX.

How to Prepare for an Injection Lipolysis

Prior to your procedure, Dr. Mulholland and his team will review your medications and medical history. Based on the scope of the surgery, SpaMedica doctors may recommend that you stop taking certain medications before the surgery. It is also recommended that you consume a healthy diet and drink plenty of liquids before your surgery.

What to Expect After an Injection Lipolysis

Following your procedure, Dr. Mulholland and his team in Toronto will recommend a comprehensive postoperative care regime. This regime will include instructions about the importance of avoiding physical activity, abstaining from alcohol and smoking, and minimizing exposure to the sun.

In general, patients notice the results of their focal fat reduction after a single Injection Lipolysis treatment. Indeed, after just one treatment, patients can expect to achieve a reduction of 0.5 centimetres in the thickness of their local fat.

How painful is it to get an Injection Lipolysis?

At SpaMedica, the actual Injection Lipolysis treatment will not be felt due to the anesthesia that will be placed into the fat prior to the procedure. While there may be swelling and discomfort afterward, there will be no extreme or long-term pain. In fact, any redness or bruising can easily be treated with simple oral medication. Interestingly, Injection Lipolysis has been proven to cause far less discomfort than traditional liposuction procedures.

What is the difference between Lipolysis and Liposuction?

In essence, both Lipolysis and Liposuction utilize completely different approaches to achieve the same results. Indeed, while both procedures conclude with the reduction of unwanted fat, they both attain their destination in different ways. Whereas an Injection Lipolysis utilizes a non-invasive approach, a Liposuction procedure involves the surgical removal of localized fat collections via gentle aspiration through small, hidden access ports.

How many injections do I need to get results?

Ultimately, the results depend upon the thickness of fat that the patient would like to treat. Most patients require a series of 1 to 3 treatments, with each treatment being separated by approximately 6 weeks.

Is melting the fat through Injection Lipolysis Safe?

The process is very safe and has been used for years. The cells that are broken down and their components are eliminated by the body’s efficient metabolism without an effect on your blood lipid profile, cholesterol or your health.

Best Decision Ever!
I had the NeckTite procedure to get rid of my hereditary double chin and could not be happy with the results!! Highly recommend the procedure, Dr Mulholland and Spamedica!! I had no idea there was a non surgical option for such great results. I've gained confidence and feel amazing!!

Absolutely the Best Surgeon in Canada
I had an absolutely amazing experience with Dr Mulholland and his staff. I had a severely deviated septum and upper nose bridge from birth. As a child I had two closed septoplasties which were unsuccessful, and left me with decades of breathing problems. Dr Mullholland had his work cut out for him, and honestly have to say I'm absolutely amazed at what he achieved. I can finally breath...

Never been happier!
I became a patient of Dr. Mulholland in December 2017 when I scheduled an appointment to inquire about breast augmentation. The staff was very kind and knowledgeable. I did not hesitate to proceed. Their patience and knowledge was unprecedented and made me feel very comfortable. Pre, during and post surgery, Dr. Mulholland and his team were readily available. My nurse, Sharon, was kind and...

Wonderful experience
Great experience thank you Dr Mulholland! Warm caring attentive staff and even happier as I heal! I am absolutely thrilled with my treatments. I received lasers fillers and Botox as well as a non surgical liposuction. All procedures are healing well and the results are amazing. I highly recommend Spamedica, they were quick to respond to any concerns at anytime of the day or night and put me at...

I am so happy I chose Dr. Mulholland for my breast augmentation!
Everything went very smoothly from my consultation to the procedure. I am so thrilled with the results and I highly recommend SpaMedica and Dr. Mulholland. I will definitely be going back!

Get SpaMedica News and Specials right to your inbox!
Follow Us @SpaMedica