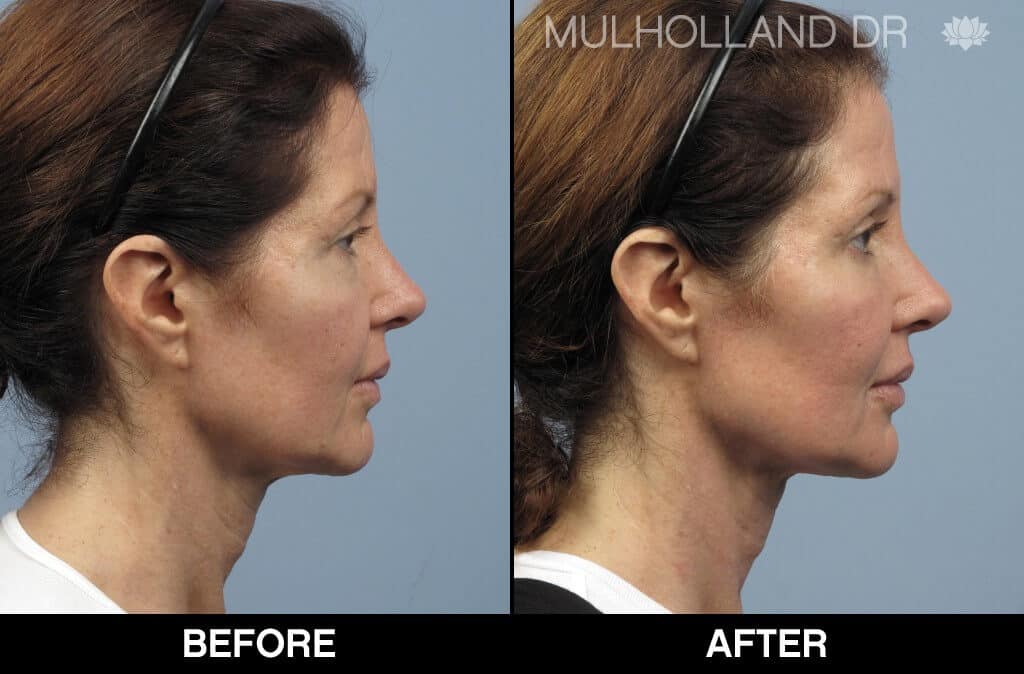 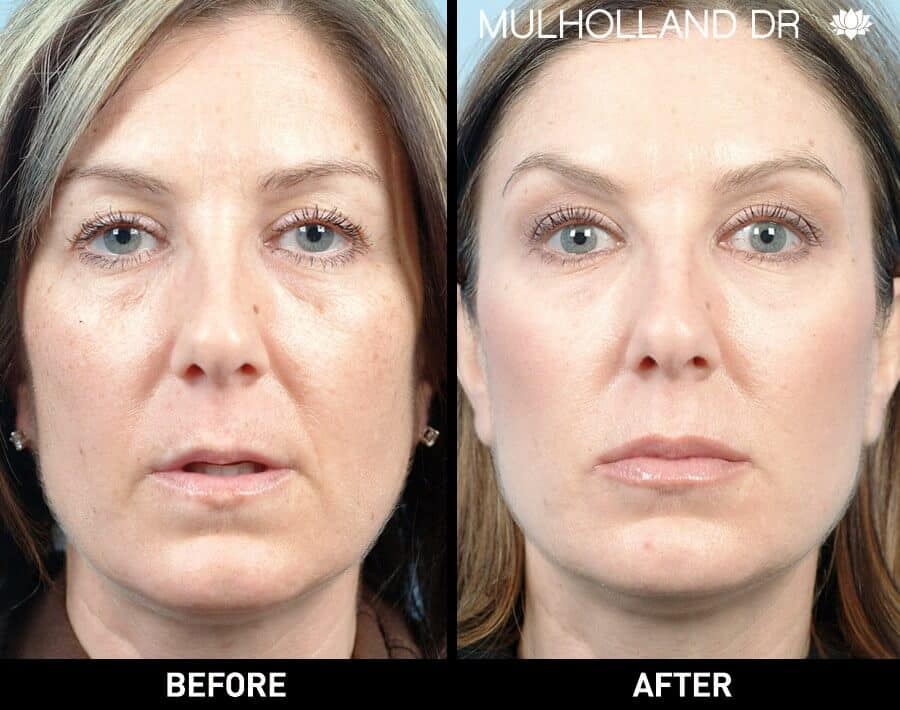 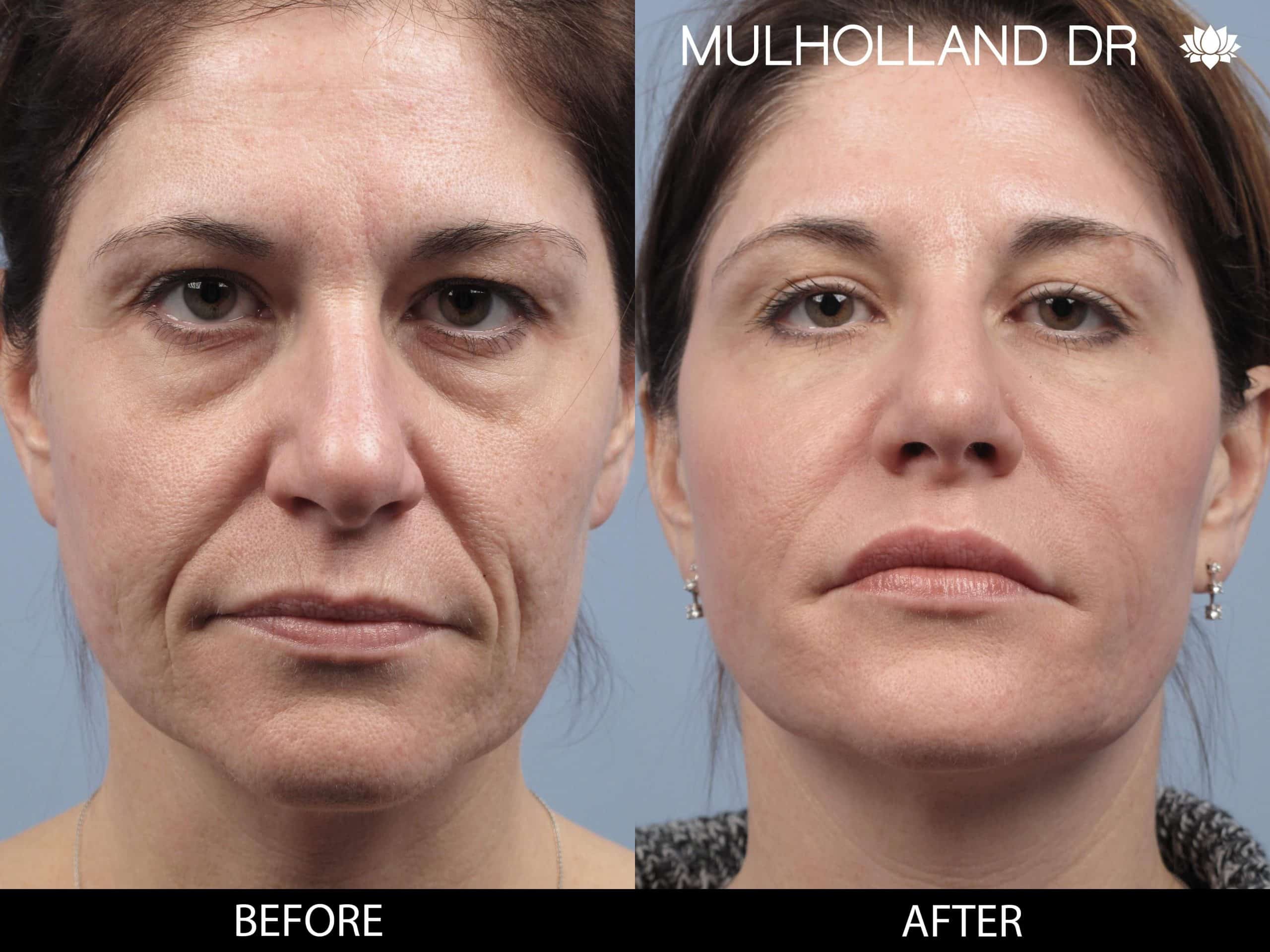 *Please note some of these images may include a combination of different procedures to achieve the best results. Individual results may vary and these before and after photo galleries are not intended to represent or guarantee that anyone undergoing such procedures will achieve the same or similar results.
Pricing
Starts at $2,999
Procedure Time
30 minutes
Recovery Time
7-10 days

How Much does a Volumalift Cost?

At SpaMedica, the cost of a Volumalift injection procedure starts at $2,999, depending on the number of units injected and whether there are any SpaMedica specials, deals or promotions on offer.

How Long Does It Take to Recover From a Volumalift?

A Volumalift procedure boasts an impressively short recovery time. Most patients will be able to return to their normal routine almost immediately after the procedure, with some swelling and bruising, which can be covered up with make-up. Bruising can be worse the next day and is usually more apparent around the mouth. It takes 7-10 days to fully recover from the procedure. As such, it is best to schedule the procedure on a Friday, so you can recover over the weekend and return to work on Monday. You can attribute the slight swelling to the dentist and gum surgery.

How Long Does a Volumalift Take?

The length of the voluma filler procedure depends on the desired outcome of the patient. However, on average, a Volumalift injection procedure takes 30 minutes to complete.

It’s one of life’s most frustrating truths; it’s impossible to halt the passing of time and its effects on the body. However, there is some good news; there are treatments we can undergo to significantly reduce the signs of aging on the body.

The Volumalift injection procedure is one of those treatments. In essence, Volumalift is a soft tissue filler injection procedure developed by Dr. Mulholland to shape, sculpt, and lift facial features and re-create the fullness of youth.  Dr Mulholland performed his injection facelift, or Volumalift live on The Today Show out of New York and the Doctors Show in Los Angeles. Over the years, Dr. Mulholland has trained thousands of physicians on cheekbone injections or Volumalift, but he and his SpaMedica physician colleagues, Dr. Roskies and Dr.Bray remain the top in the field.

Much like Radiesse or Perlane, Volumalift is used to replace the loss of facial fat and volume in order to support the deflated buttresses of the face. The result? A fuller, more youthful facial appearance that is guaranteed to boost confidence and self-worth.

Who is a Candidate for Volumalift?

There is no particular age restriction for the Volumalift procedure, and there is no specific trait that defines a “good” candidate. Fundamentally, good candidates are patients who would like to restore facial volume and correct deterioration, without undergoing a full facelift.

However, while there are no specific traits that dictate candidacy, there are certain conditions that can make the process more seamless.

Proper Physical Health
Good health and a lack of serious medical conditions are vital for a proper recovery following a Volumalift injection procedure.

Logical Expectations
As is the case with most cosmetic procedures, good Volumalift candidates have realistic expectations concerning the risks and benefits of the surgery.

Smoothes Skin
The Volumalift injection procedure is known for reducing the signs of aging by making lines and wrinkles appear smooth and soft.

Quick and Painless
As a Volumalift injection procedure only takes 20-30 minutes to complete, it represents a quick and easy solution to counter the effects of aging.

Like all procedures, a Volumalift injection treatment comes with the risk of potential complications. Dr. Mulholland and the SpaMedica injectors have been performing these treatments for over 20 years and, after this many injections, the risk of a significant complication is extremely low. Although Dr. Mulholland has not seen most of the many of the side effects listed below, these Volumalift risks have been reported:

Redness
In most cases, redness is resolved a day or two after the treatment.

Tenderness
Facial skin is particularly tender after the treatment.

Itching
While it is likely that patients will experience some itchiness after the surgery, most discomfort is diminished after the first week.

Bruising
Bruising is typically imperceptible, but can occasionally be visible after the surgery.

Why Choose SpaMedica for Volumalift?

As the developer, pioneer and world expert on cheek filler treatment, most patients seek out Dr. Mulholland for his expertise and his exquisite esthetic judgment. As Dr. Mulholland is one of Canada’s busiest facelift surgeons, he has an inherent instinct and understanding of facial proportion and beauty. Dr. Mulholland’s steady but efficient hand allows the procedure to be performed quickly, effectively, and safely.

How is a Volumalift Performed by Dr. Mulholland?

At SpaMedica, a Volumalift treatment is performed under local anesthesia and laughing gas (Nitrous Oxide). During the procedure, Dr. Mulholland injects the Volumalift into a site on the patient’s face, ensuring that the fluid restores volume to the skin and balance to the face.

How to Prepare for a Volumalift Treatment?

Prior to your treatment, Dr. Mulholland or another member of the injection team will review your medications and medical history. Based on the scope of the work being done, SpaMedica doctors may recommend that you stop taking certain medications before the treatment.

What to Expect After a Volumalift Treatment

The effects of a Volumalift treatment can be seen immediately, as patients will look noticeably younger after the procedure. Following your treatment, Dr. Mulholland and his team in Toronto will recommend a postoperative care regime. This regime will include instructions about the importance of avoiding physical activity, abstaining from alcohol and smoking, and minimizing exposure to the sun.

Immediately After the Treatment: The effects of the surgery are apparent.

Day 2: Patients can return to work, with make-up covering the bruising and mild-moderate swelling.

16 Months After the Treatment: The effects of the Volumalift have subsided, and patients are advised to schedule another appointment.

How Painful is it to Get a Volumalift?

After the procedure, patients can expect a mild degree of discomfort, tenderness, and swelling at the injection site. However, these sensations should subside the following day.

Are the Results of Volumalift Permanent?

Thank you Dr. Bell. I LOVE my results!

I wouldn't trust anyone else with my face.

I ONLY trust him.

Dr. Bell is very professional and an AMAZING doctor!

He has made me feel more CONFIDENT!