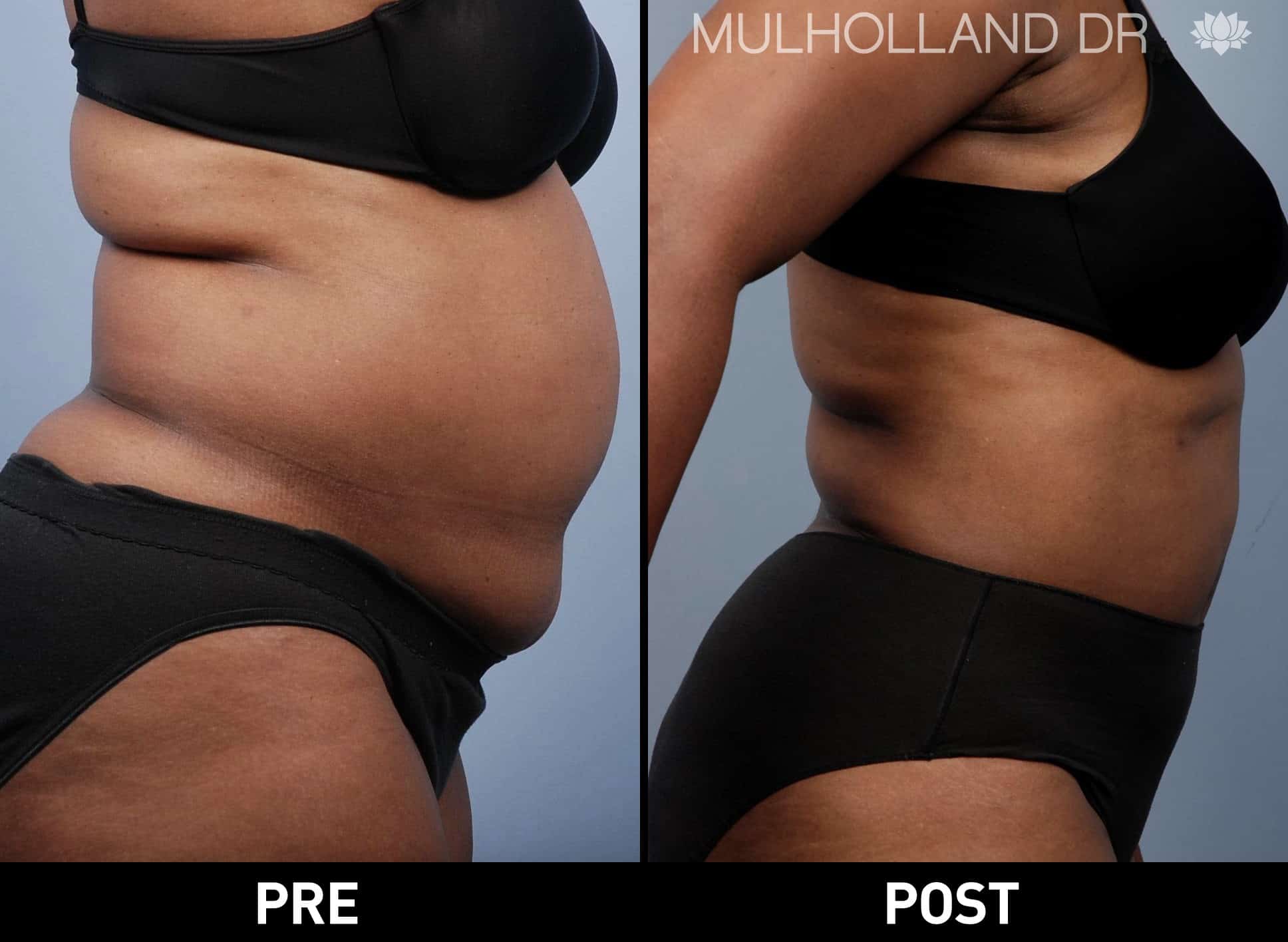 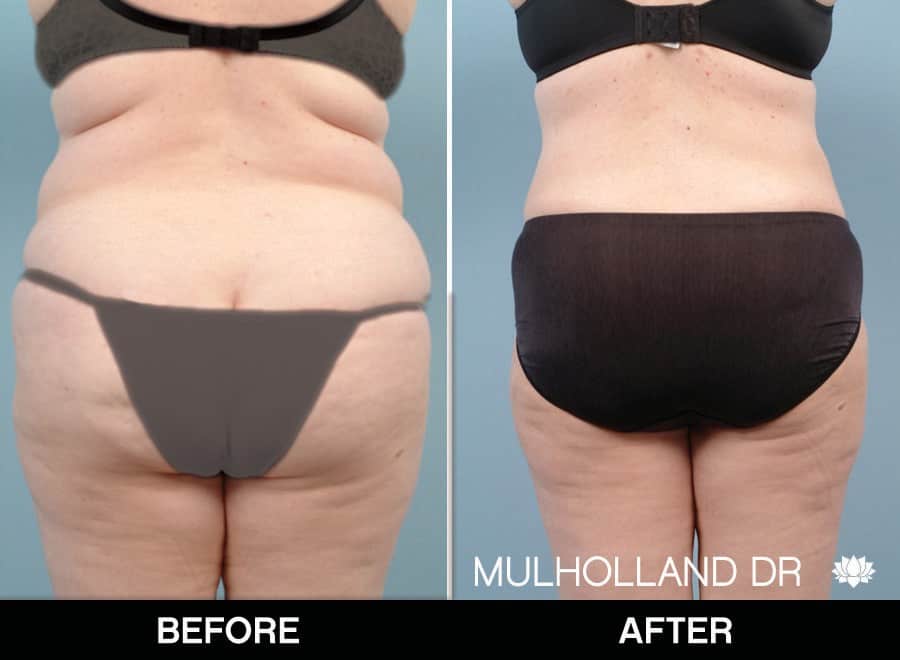 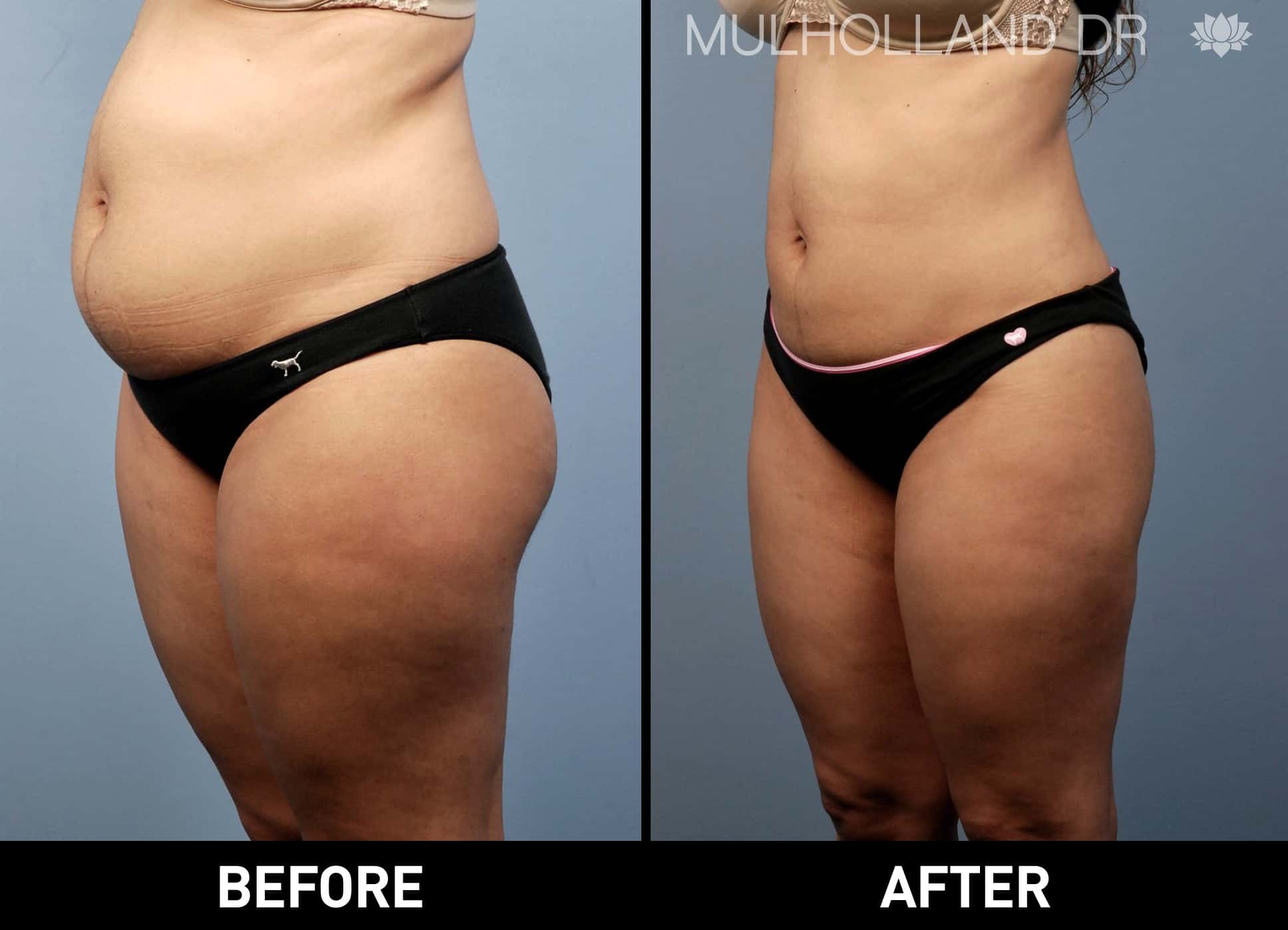 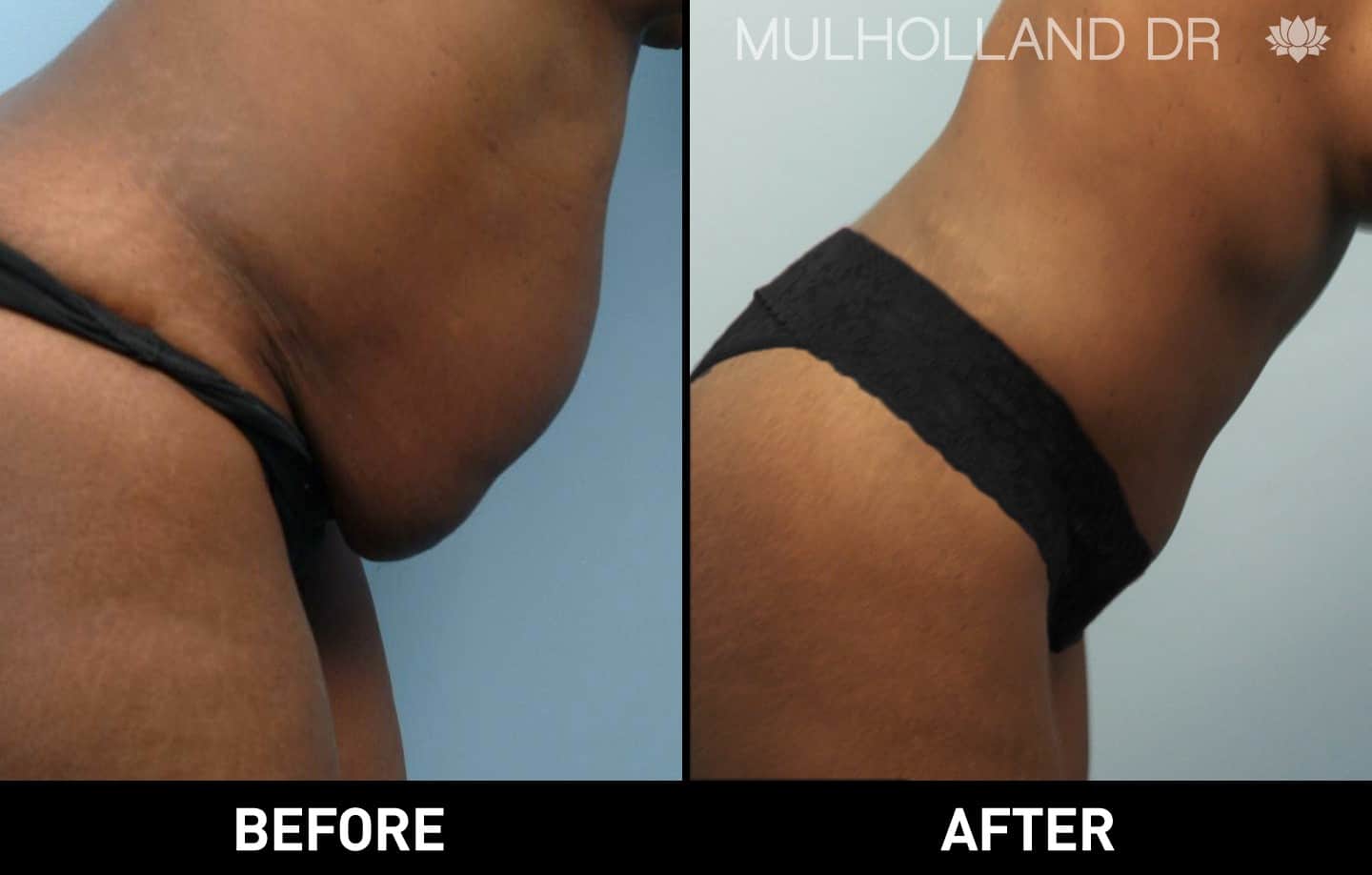 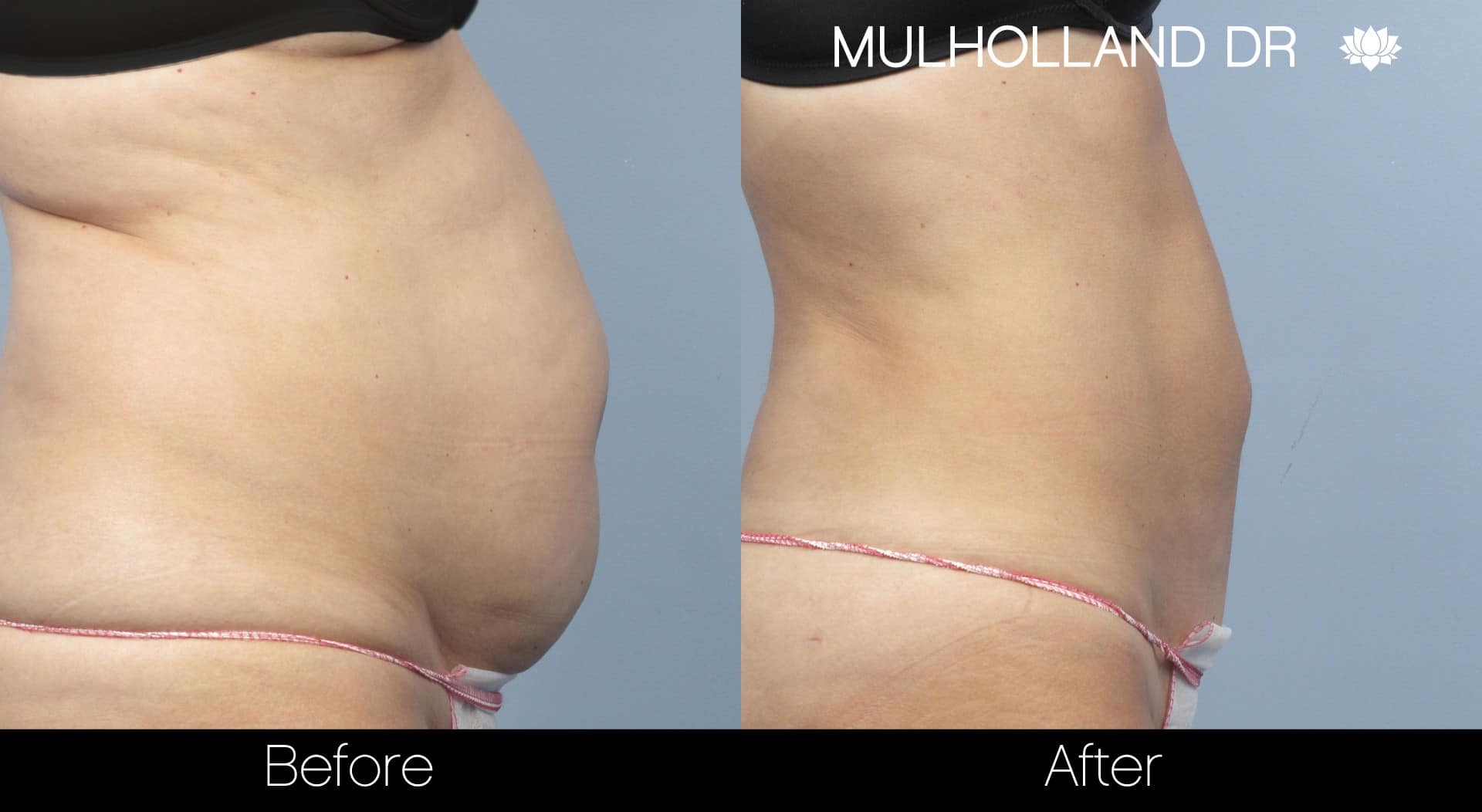 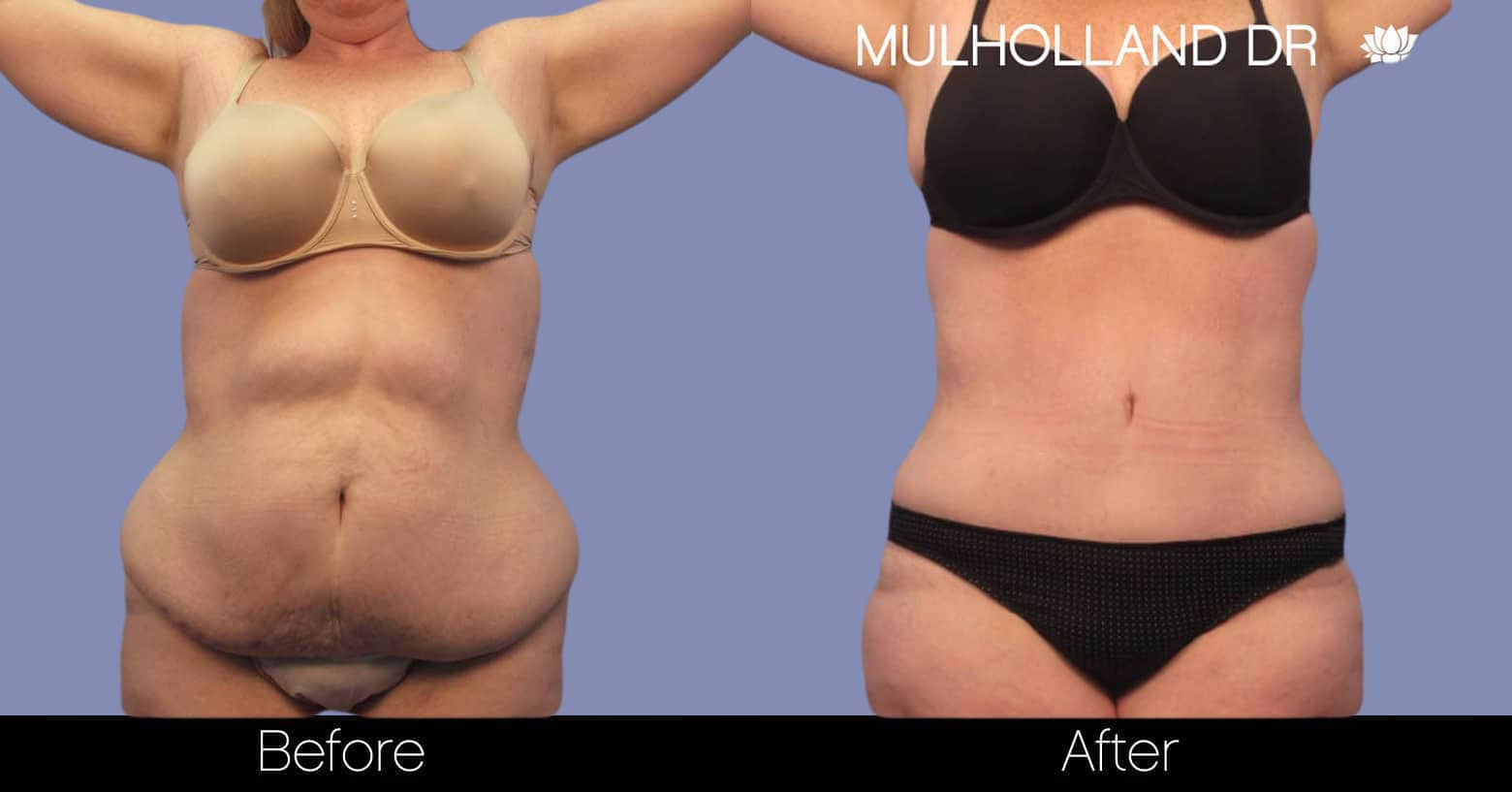 *Please note some of these images may include a combination of different procedures to achieve the best results. Individual results may vary and these before and after photo galleries are not intended to represent or guarantee that anyone undergoing such procedures will achieve the same or similar results.
Pricing
Starts at $6,999
Procedure Time
30-45 minutes
Recovery Time
Following day

How Much Does a Tumescent Liposuction Cost?

Depending on the size of the patient, three to four zones performed typically start from $9,999 and up.

How Long Does it Take to Recover From a Tumescent Liposuction?

Modern liposuction techniques that use energy-assisted devices have a rapid recovery period. It is not uncommon for patients to undergo tumescent liposuction in numerous zones and return to very light, sedentary activities the following day.

How Long Does a Tumescent Liposuction Take?

Depending on the thickness of the localized areas of fat to be targeted, tumescent liposuction procedures take approximately 30 to 45 minutes per area.

What is a Tumescent Liposuction

Tumescent liposuction is a cosmetic procedure that removes fatty areas of the body that have not responded to diet and exercise. The procedure can target fat in the face, neck, abdomen, waist (love handles), and thighs to improve body contours and enhance your self-image.

Unlike traditional liposuction methods, tumescent liposuction involves adding sterile fluid that contain dilute local anesthesia into the targeted fat contours which makes the procedure less painful than traditional techniques. At SpaMedica, we then use BodyTite™, an energy-assisted device that liquifies fat cells, to decrease bruising, add significant contraction and achieve smooth contours. After BodyTite, the fat is aspirated and removed with very tiny suction cannulas, often 2-4 mm in diameter.

Who is a Tumescent Liposuction Candidate?

Tumescent liposuction is a procedure for anyone frustrated with stubborn fat pockets that have been unresponsive to diet and exercise. The ideal candidate is someone in good overall health with realistic expectations and good skin elasticity.

Benefits of a Tumescent Liposuction

Long-lasting Results
If a healthy diet is maintained, the results can be very long-lasting.

Like every procedure, BodyTite- assisted tumescent liposuction comes with a small chance of potential complications. To minimize the likelihood of complications, the best thing to do is to select a trusted, experienced surgeon.

Contour Irregularities
A bumpy or wavy finish is eliminated by using an experienced surgeon.

Fluid Accumulation
Pockets of fluid under the skin may need to be drained.

Numbness
Normally subsides after a couple of days but can persist.

Infection
Skin infections are rare and avoided by using an experienced surgeon.

Why Choose SpaMedica for Tumescent Liposuction?

Liposuction is an art. With the application of energy-assisted devices, art meets science. Dr. Mulholland is an expert who helped develop the BodyTite™, Smartlipo and Vaser Lipo, and has taught hundreds of physicians the art and science of radiofrequency assisted (BodyTite) laser-assisted (Smartlipo) and ultrasound-assisted (Vaser)  liposuction.

By choosing Dr. Mulholland, you are getting one of the foremost experts in the world in advanced modern liposuction using energy-assisted devices. He has more combined energy-assisted devices than any other physician in Canada, is sought out worldwide for lipo-contouring procedures to optimize soft tissue contraction.

How is a Tumescent Liposuction Performed by Dr. Mulholland?

The areas of unwanted fat are marked out. The local anesthesia is inserted into the target area of fat. The solution causes anesthesia and blood vessels to shrink and the fatty layer to swell, allowing the surgeon to have expert control of the area. The BodyTite™ device is then inserted through a small port and deployed to liquefy and coagulate the fat and significantly tighten skin. Then a small microcannula is inserted and the liquefied fat a is aspirated away until the contour is optimal.

How to Prepare for a Tumescent Liposuction

To prepare for tumescent liposuction, there are some specific instructions to follow:

●  Quit smoking for at least two weeks before surgery to help speed up the healing period.

●  Any medication needs to be reviewed by the surgeon.

●  Do not shave in the target area.

●  Do not eat or drink anything after midnight the night before surgery.

●  Wear loose clothing that is easy to put on and remove.

What to Expect After a Tumescent Liposuction

Immediately after the Tumescent Liposuction procedure, patients will have some swelling, but energy-assisted devices do not generally result in much bruising.

In the weeks that follow the procedure, a compression garment needs to be worn while the targeted area heals in the ideal shape and contours. The liposuction garments are to be worn 22 hours a day for three weeks. Thereafter, they are worn during the day and left off in the evening and overnight until the area has fully recovered.

Day 1-2: Light walking is encouraged in the days following surgery.

Day 2: Most of the swelling subsides.

Day 3: Return to work (unless it is physically strenuous)

How Painful is it to Get a Tumescent Liposuction?

Energy-assisted liposuction techniques, such as BodyTite™, have been proven in peer-reviewed medical studies to come with far less discomfort, bruising and swelling than traditional liposuction techniques. In addition to comfort, the most important feature of BodyTite assisted Liposuction is soft tissue contraction of up to 30-60% following treatment.

The subsequent low-level discomfort means patients have a much quicker return to work and regular activities.

What does Tumescent Mean?

Tumescent means to become swollen. The term is used in cosmetic procedures when anesthesia is injected to provide no feeling to the area and to encourage swelling and firmness in targeted areas. In liposuction, this helps reduce bleeding and makes contouring easier.

Best Decision Ever!
I had the NeckTite procedure to get rid of my hereditary double chin and could not be happy with the results!! Highly recommend the procedure, Dr Mulholland and Spamedica!! I had no idea there was a non surgical option for such great results. I've gained confidence and feel amazing!!

Absolutely the Best Surgeon in Canada
I had an absolutely amazing experience with Dr Mulholland and his staff. I had a severely deviated septum and upper nose bridge from birth. As a child I had two closed septoplasties which were unsuccessful, and left me with decades of breathing problems. Dr Mullholland had his work cut out for him, and honestly have to say I'm absolutely amazed at what he achieved. I can finally breath...

Never been happier!
I became a patient of Dr. Mulholland in December 2017 when I scheduled an appointment to inquire about breast augmentation. The staff was very kind and knowledgeable. I did not hesitate to proceed. Their patience and knowledge was unprecedented and made me feel very comfortable. Pre, during and post surgery, Dr. Mulholland and his team were readily available. My nurse, Sharon, was kind and...

Wonderful experience
Great experience thank you Dr Mulholland! Warm caring attentive staff and even happier as I heal! I am absolutely thrilled with my treatments. I received lasers fillers and Botox as well as a non surgical liposuction. All procedures are healing well and the results are amazing. I highly recommend Spamedica, they were quick to respond to any concerns at anytime of the day or night and put me at...

I am so happy I chose Dr. Mulholland for my breast augmentation!
Everything went very smoothly from my consultation to the procedure. I am so thrilled with the results and I highly recommend SpaMedica and Dr. Mulholland. I will definitely be going back!

Get SpaMedica News and Specials right to your inbox!
Follow Us @SpaMedica